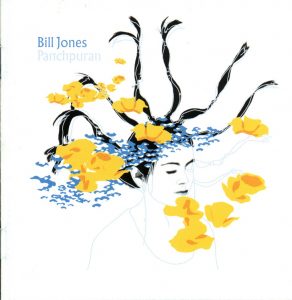 When Bill Jones won the Horizon award as Best New Artist at 2001’s BBC Radio 2 Folk Awards, it suggested the arrival of a major new English folk talent. Since then, Jones has nurtured that potential beautifully, continuing to challenger herself while staying true to own idiosyncratic vision of the English folk tradition. A disarmingly pure and unaffected vocalist and multi-instrumentalist (piano, flute, accordion, and various recorders and whistles), Ms. Jones (Bill being short for Belinda), with the release of her third studio album Two Year Winter, stands at the forefront of England’s rich folk renaissance.

The vitality and freshness of Jones’ music stems in part from the fact that she has only been performing professionally for a couple of years. Although her father played fiddle in a ceilidh band, Bill came to folk music relatively late and purely by accident, as part of a university project.

Bill was born and brought up in Staffordshire, England. Her part-Indian mother sang Buddy Holly songs around the house, and though she heard folk songs through her dad she paid little attention. “I just thought they were songs old people sang; they didn’t seem to be anything I should be interested in.” Instead she seemed destined to pursue a career in classical music as a concert pianist. She spent five years at music school, dropped out of an arts degree course at Middlesex University and then took on a course in music at London’s City University. That course changed her life and played a big role in shaping her career. Bill studied music from all over the world, including England, and as part of school project, she put on a concert of traditional music.

The concert was a huge success and friends persuaded Bill that she had a natural aptitude for singing traditional songs. She’d never previously thought of herself as a singer, limiting her party pieces to coy interpretations of Kate Bush and Beverly Craven songs, though she also played keyboards with predominantly female band The Wise Wound, and appeared with them twice at Glastonbury Festival.  When she was 20, The Wise Wound who christened her Baby Bill and she took up the accordion as an alternative to dragging keyboards to remote festivals, where she often discovered there was no electricity anyway. All she had was a huge antiquated accordion from her Grandmother and a book of Karen Tweed tunes.

After leaving university at 22 Bill enrolled in a Folkworks summer school and became involved in the Newcastle folk scene. She started working in a duo with guitarist Steve Moffatt and, after they split, took a big gulp and went on the road as a solo artist. Word spreadabout her music fast and in response to requests from her audience, she made her first (cont.) album, Turn To Me, in 2000. It was an imaginative mix of mainly traditional songs, from “Long John Moore” to “Handsome Cabin Boy,” “Mist Covered Mountains,” and “Ye Mariners All.” Her impassioned interpretations may sound so fresh because she’s a recent convert to them. She says she still hasn’t heard many of the classic performers, mostly because she was always too broke to buy their records. The album also features a radical interpretation of the old Buffy Sainte-Marie anti-war classic “Universal Soldier” (a hit for Donovan). When she recorded it, Bill had not even heard Buffy Sainte-Marie’s version; she’d found the song on the internet and because she couldn’t hear the tune properly, set it to the tune of “The Birmingham Boys.”

Bill’s second album and first US release Panchpuran was produced by Karen Tweed (The Poozies, Swap). The album’s title (pronounced “ponch pure on”) is a Hindi expression that literally means ‘five spices’. Bill picked the name to suggest the idea of many different things all mixed up together. This concept applies well not only to the cd and Bill’s musical influences, but to her family’s background as well. Throughout Panchpuran, Bill’s open-minded approach to folk music informs the songs, arrangements and choice of guests. Guests include Kathryn Tickell on fiddle, Kellie While (E2K, the Albion Band) on harmony vocals, Paul Jayasinha on cello and flügelhorn, Keith Angel (The John Tams Band) on percussion, and David Wood on guitar. A brass band from County Durham also joined in on one track, and a beautiful Finnish string quartet fill out the arrangement on two songs.

Released on August 12, 2003, Two Year Winter is the next step forward for Ms. Jones, bringing the adventurous impulses of Panchpuran into sharper focus, yet retaining the accessible immediacy of her debut. Jones’ own songwriting has grown richer and increasingly detailed, while collaborations with American singer/songwriter Anne Hills are achingly poetic laments given a sense of urgency by Jones’ unadorned, visceral vocals. The instrumental palette is equally luscious, ranging from sparse a cappella interludes to jazz-inflected flugelhorn intermingling with classic fiddle, accordion, and recorder. Joining Bill are two members of her touring band (Keith Angel, percussion and Miranda Sykes, double bass and vocals) alongside Stewart Hardy (violin), Paul Jayasinha (flügelhorn), David Wood (guitar), and Sarah Wright (flute).

By turns stark, haunting, elegant, and playful, Two Year Winter finds Jones freshly energized by two years of constant touring throughout the US, UK, Japan, Denmark, and Belgium. “It was my first time in the States since my honeymoon,” she jokes. Existing at the intersection of heritage, contemporary experience, and Jones’ own unbridled senses of adventure and curiosity, Two Year Winter is up to the daunting task of following her previous two triumphs. The result is stunning, beguiling music that resonates with timeless echoes while expanding the boundaries of traditional music.