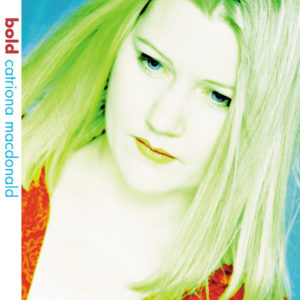 Catriona Macdonald (pronounced “Catrina”) is a proud bearer of one of the world’s great fiddle traditions, that of the Shetland Isles. A cluster of islands located in the North Sea, closer to Norway than Scotland, the Shetlands have offered some of Scotland’s finest and most beloved traditional musical exports including the legendary fiddler Aly Bain. Steeped in this tradition, Catriona Macdonald at once embodies the strength and spirit of her musical heritage and the freshness and diversity of a thoroughly modern performer. Her superb playing and charisma have established her a worldwide reputation.

Catriona began playing as a child back in 1981 under the masterful musical tutelage of Dr. Tom Anderson MBE. Less than two years later, she took both the title of Young Fiddler of the Year in the annual Shetland Folk Society competition and the deputy leadership of a new fiddle group, Shetland’s Young Heritage. Young Heritage was set up to help preserve Shetland traditional music and to help teach Shetland traditional fiddle to local school children. In 1991, her dexterity and presence became acknowledged on a wider stage when she won the prestigious BBC Radio Two Young Tradition Award, a high profile competition featuring the cream of Britain’s young traditional players. At the age of eighteen, she found she could sing and was whisked away for some enjoyable and instructive years training in opera at the Royal College of Music in London (where she met former playing partner Ian Lowthian). Even given all of these experiences, Catriona has still been lucky to focus her musical career on her first love, that of the Shetland fiddle.

On her new album BOLD, Catriona flourishes as a progressive performer in her own right, offering a wealth of exciting, original musical ideas while still firmly holding hands with the past, a part of the ever-evolving tradition. The gorgeous aires, reels and jigs on the album attest to her mastery of the Shetland fiddle styles while the expert accompaniment provided by her guest musicians leaves little doubt that the future of traditional music is in able hands. Bassist Conrad Ivitsky and pianist David Milligan, 2/3 of Catriona’s touring trio are on hand, as well as top percussionist James Mackintosh (also a member of Shooglenifty, in addition to his regular high-profile appearances with Capercaillie and the Afro-Celts Sound System); much sought-after Norwegian church organist Iver Kleive (a Winter Olympian musician, and lynchpin of the renowned Kirklige Kulturverkstad label) and former playing partner Ian Lowthian, (whose wizard piano accordion playing offers continuity in sound from ’opus blue’, Catriona’s previous album), and guitarist Tony McManus, one of the most distinctive celtic guitarists of this age.

In addition to her solo work, Catriona is well known for her splendid duo with piano accordion wizard Ian Lowthian. The superb technical mastery and beautiful evocative arrangements for which they were critically acclaimed (amongst their fans is Mark Knopfler, former frontman of Dire Straits) led them to play for audiences throughout the world…always purveying a unique spirit, enjoyment and charisma on any stage. She is also involved with the wildly energetic Highlands and Islands fiddle ensemble, Blazing Fiddles (also featuring Iain McFarlane, Allan Henderson, Aidan O’Rourke, Bruce MacGregor, Duncan Chisholm, Andy Thorburn & Marc Clements) and does occasional work with Norwegian Hardanger fiddle player, Annbjorg Lien (Catriona herself has studied Hardanger fiddling with Norway’s foremost player Knut Buen.) The two women play exciting contemporary sounding music celebrating the many musical links between their respective traditions, which are rooted back in the 15th century.

Catriona’s commitment to the promotion of her Shetland Island heritage through education is also an important part of her work. She is currently acting as visiting tutor as part of the Scottish Music Degree (the first of its kind!) at the Royal Scottish Academy of Music and Dance in Glasgow. She is also personally researching a book and CD of whole archives of previously unknown/untranscribed Shetland tunes due for release in the next year or so. Catriona also teaches Shetland fiddle on a regular basis, particularly at many of the country’s summer schools such as Folkworks, Burwell House (in Cambridge), Stirling and her own Shetland Fiddle School in Vementry, Shetland.