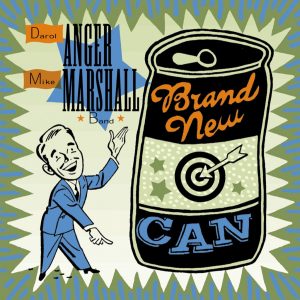 Over twenty years ago, two of contemporary string music’s greatest masters joined forces for the first time, setting in motion a partnership that would take them all over the world, exciting acoustic music lovers along the way. Mike Marshall and Darol Anger began making music together in 1978 as members of The David Grisman Quintet and continued stretching from solo and duo records for Kaliedoscope, Rounder and Windham Hill, through the Montreux Band, Psychograss and The Anger/Marshall Band. They have consistently been at the center of the acoustic music scene and can be heard on hundreds of recordings in the acoustic music world. Marshall’s mastery of mandolin, guitar and violin and his ability to swing gracefully between jazz, classical, bluegrass and Latin styles is rare in the community of American vernacular instrumentalists. Anger’s ability to be at home in a number of musical genres, some of which he helped to invent, have put him at the top of his field.

These two major forces in contemporary string music once again join talents to explore a musical world stretching from Brazil through the Appalachian hills, by way of Manhattan and the Florida Swamps. Their brand new release, At Home and On The Range, continues their journey together, begun in 1978. This live cd, recorded during a tour of the U.S. eastern seaboard during which the duo played The Community Church in Chapel Hill, the Prism Coffeehouse in Charlottesville, VA, the Arden Club in Delaware, Acoustic Stage in Hickory, North Carolina and the Zirinsky Home in Long Island, is engaging and sheds light on this duo that The Oakland Tribune called “Some of the most gifted and amazing players in the field”.  At Home and On The Range features the duo’s mind-bending improvisations, eclectic instrumental compositions and tight synergistic relationship on tunes like Down In The Willow Garden and Fiddles of Doom Medley (Old Dangerfield/Big Mon). Marshall and Anger have mastered the powers of simple virtuosity and once again careen their musical backhoe straight across the backyards of jazz, newgrass, rock and world music, cutting a deep trench filled with tunes so exuberantly personal that it can’t be mistaken for anyone else .

At Home and On The Range reflects the journey and growth of this longtime partnership as they continue their musical odyssey together. This duo is at the edge of the world of modern American string bands in the 21st century and ready to fly once again. The Duo Live: At Home and On the Range