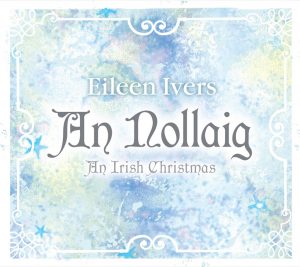 “She suggests the future of the Celtic fiddle.” – The Washington Post

“Her originality and rhythmic swing well provide the bridge Irish music needs to break through to a mainstream audience.” – The Los Angeles Times

It is a rare grade of artists whose work is so imaginative and virtuosic that it alters the medium. It has been said that the task of respectfully exploring the traditions and progression of the Celtic fiddle is quite literally on Eileen Ivers’ shoulders.

Over the past 15 years, fiddler Eileen Ivers has established herself as the pre-eminent exponent of the Irish fiddle in the world today. Well known as a nine time All-Ireland Fiddle Champion, founding member of Cherish The Ladies and musical star of Riverdance, Eileen Ivers has performed with The London Symphony Orchestra, The National Symphony at The Kennedy Center, The Boston Pops, The Chieftains, Hall and Oates, Afrocelts and Patti Smith. Ivers’ recording credits include over 80 contemporary and traditional albums and numerous movie scores including “Gangs Of New York” and “Some Mother’s Son”.

The daughter of Irish immigrants, Eileen Ivers grew up in a culturally diverse neighborhood in the Bronx, New York. Rooted in Irish traditional music since the age of eight, Eileen proceeded to win nine All-Ireland fiddle championships, a tenth on tenor banjo and over 30 championship medals.

The release of Ivers’ latest CD, An Nollaig: An Irish Christmas, coincides with her annual Christmas tour and Christmas symphony shows. It is a truly joyous, animated and at times contemplative Christmas collection composed equally of beautiful airs, traditional carols, dance tunes and holiday classics. An Nollaig: An Irish Christmas continues to display why Ivers, while always staying respectful to the tradition, is hailed as one of the great innovators and pioneers in the Celtic and world music genres. An Nollaig: An Irish Christmas So Far: The Eileen Ivers Collection