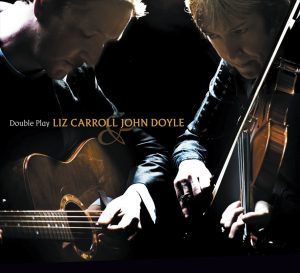 Since she was 18, when she astounded the Celtic music world by winning the Senior All-Ireland Championship, Liz Carroll and her fiddle have been amazing audiences around the globe. Her recordings and appearances on concert stages, television and radio, have established Liz as one of traditional music’s most sought after performers. “Liz’s fiddling is nothing less than breathtaking,” writes Earle Hitchner in the Irish Echo, and Irish music producer P.J. Curtis calls her playing “the most dazzling display of musicianship imaginable” (Irish American).

Liz is a renowned composer as well, having written over 200 original tunes. She is a winner of the NEA National Heritage award, an Irish Echo Traditional Artist of the Year, and an Irish-American Magazine Top 100 Irish American. Her album Lost in the Loop (GLCD1199) in 2000 was named Celtic Album of the Year by the Association for Independent Music.

Liz Carroll was born in Chicago in 1956, to Irish immigrant parents from Limerick and Offaly counties. Her father, Kevin, a button accordion player, began teaching her to play Irish traditional music when she was five, and later she began Irish dancing. A violin class at her parochial school taught by Sister Francine inspired Liz to pick up the fiddle, but her main sources of musical schooling came from her family and the community. She honed her skills at the local Irish Traditional Musician’s Association, learning tunes, technique and Irish culture and stories from veterans like Mayo piper Joe Shannon, Chicago-born fiddler John McGreevy and pianist Eleanor (Kane) Neary.

Composing came naturally to Liz, who wrote her first tune at the age of nine. “A melody came to me that didn’t exist anywhere else,” said Liz. “This felt very special; different from learning a tune, or varying one, or hearing one for the first time.” Many of Liz’s tunes have entered the traditional repertoire, played and recorded by Irish musicians the world over.

In 1975, after a series of stunning victories in the junior division of the All-Ireland Fiddle Championship, the 18-year-old Liz astounded the Irish music world in both the U.S. and Ireland by winning the senior division championship title. Her first solo album , Liz Carroll (GLCD1092) in 1988 was chosen as a select record of American folk music by the Library of Congress. That same recording was called “a milestone achievement in the career of a fiddler reaching beyond herself,” by Earle Hitchner.

In 1994, the National Endowment for the Arts awarded Liz a National Heritage Fellowship award, the country’s highest honor for a traditional musician. She was an original member of Cherish the Ladies and has played and recorded with numerous artists, including her group Trian with Altan guitarist Daithi Sproule and accordionist Billy McComiskey, and with Mick Moloney’s Green Fields of America. Liz has appeared on numerous stages including the Smithsonian Folk Series at Wolf Trap and the First American Congress of the Violin in 1988, hosted by Yehudi Menuhin at the University of Maryland, and toured with rock artist Don Henley.

Lost in the Loop, released in 2000 to great acclaim, was a long-awaited solo album, made after a dozen-year hiatus to raise a family. The album, produced by Solas’ Seamus Egan, received a remarkable welcome by fans and critics alike. It was awarded Celtic Album of the Year by the Association for Independent Music and a Top Ten Traditional Album of the Year in the Irish Echo, which also named Liz “Traditional Artist of the Year.” Lake Effect, Liz’s latest album, unleashes a blizzard of new tunes and dazzling playing… sure to take the Celtic world by storm!

Irish-American fiddler Liz Carroll is featured on the cover of Sing Out! magazine in the Spring 2003 issue. Inside, Liz gives an Irish fiddle lesson, and transcribes a couple of her own tunes from her album, Lake Effect (GLCD1220). Liz was also named one of the top 100 Irish-Americans in the 2003 issue of Irish American Magazine.