“This record,” explains accordionist Mick McAuley of Serenade, his new duo album with fiddler Winifred Horan, “took a while to get finished.” McAuley says this with a sly undercurrent of irony in his voice, for in this case “a while” refers to the better part of ten years. Though he and Horan are best known as part of the internationally acclaimed Irish-American band Solas, their musical kinship stretches back even farther, to the bustling Irish music renaissance that blossomed in the early ’90s in New York City, where they first met a decade ago. Since then, Solas’ busy tour schedule has left little time for other projects. McAuley and Horan recorded Serenade in a series of sessions in Ireland, sometimes held many months apart. The pair maximized their time in the studio by carefully discussing the sound, songs, and styles that make up the album ahead of time. The result is a beguiling collection, infinitely musical and laced with small surprises that reveal both familiar and fresh facets of McAuley and Horan’s talent.

“Even before we stepped into the studio, we put quite a bit of time into researching the tunes and songs that went onto the album,” Horan explains. The songs composing Serenade cast a wide net, encompassing Irish folk music, wistful Gallic waltzes, gypsy swing, contemporary and traditional American music, and the French-Canadian fiddle/accordion duet tradition. McAuley and Horan’s unassailable musicianship, combined with their careful production and song selection, not only give the album coherence – they illuminate how the myriad styles interact and influence one another, giving the listener insight into Horan and McAuley’s individual styles and what they contribute to Solas.

“We decided that this album did not have to be entirely original material,” McAuley says of the track listing, which contains only four Horan or McAuley compositions among the twelve that make up Serenade. “While that’s important to some musicians, we felt that this mix makes the album sound fresh. These songs were fresh to us – we had just learned them. Then we used the original songs to glue the album together and make it feel whole.” Horan agrees, adding, “The traditional songs here are not your standard session tunes.”

Adding to the refreshing quality of Serenade is the instrumentation, which mostly features McAuley’s accordion and Horan’s fiddle backed with bass and rhythm guitar. The chance to feature their instruments so prominently raised a different set of challenges for Horan and McAuley than they face as members of Solas. “We were more free to try things,” Horan explains. “There’s only two of us – as opposed to five in Solas – so there was less approval needed. Also, when you play in a band like Solas, you spend a lot of time working on arrangement ideas – when to come in, when to back off, when to support and when to solo. For this, we really concentrated on the duet sound and blending.” The dizzying unison lines on sets like “The Ballygar Jigs” and “Jug of Punch Set” find the two instruments sounding as one, with every inflection and nuance in perfect synch.

McAuley’s multi-instrumentalism is also featured, as he contributes whistles, bodhran, keyboards, and guitars in addition to his well-attested accordion skills. Growing up as the second-youngest child in a large and musical Irish family, McAuley was immersed in traditional music from a very early age. Horan too grew up in a musical household, raised in New York by her Irish-raised American-born father (a jazz trumpeter and pianist) and her Irish mother. The pair met in early ’90s in New York City, when the town was at the brink of a new boom in Irish traditional music. McAuley was honing his skills in sessions, while Horan was playing with the all-female Irish Band Cherish the Ladies and in the Sharon Shannon Band, before starting Solas in 1995. McAuley joined Solas in 1998. With their driving ensemble sound, instrumental precision, and inspired arrangements, Solas quickly leapt to the forefront of the Irish traditional music, and remain one of the pillars of the genre.

Serenade works similar magic, drawing its distinctive vibe from the empathy between Horan and McAuley and the sound of their respective instruments. “This album is well-connected musically to Solas,” says Horan, “and the band has already heard it and loves it.” Owing to its smaller scale and concentration on melody instruments, Serenade is an album of beguiling intimacy – elegant in its more pastoral moments, but equally rambunctious on the up-tempo selections. “I like to think that we take advantage of the technical limitations of the combination of the accordion and fiddle,” Horan reflects. “We let that be the sound, and work from there.” 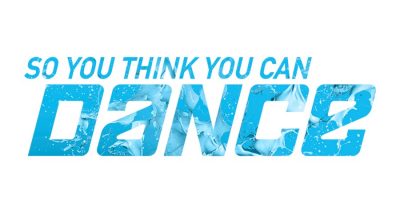