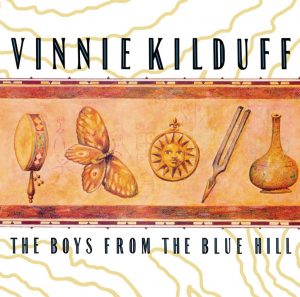 Vinnie Kilduff has been heralded as one of Ireland’s greatest tin whistle players, having shared the stage with everyone from Clannad to U2, he succeeded in gracefully spanning the gap between traditional Irish music and contemporary Irish rock.

A founding member of the Irish rock group Tue Nua, Kilduff released his first solo record The Boys from the Blue Hill in 1990, which is a collection of traditional tunes featuring Kilduff’s multi-instrumental abilities. The Boys from the Blue Hill