“The music on this album examines the lifecycle of Altan by exploring the influence of Appalachian music on Irish music,” says lead vocalist, fiddler, and founding member Mairéad Ní Mhaonaigh of Altan’s new studio album The Widening Gyre.

After nearly 35 years together—the longest running lineup of founding members in Irish music—the members of Altan were ready to flex their musical boundaries when they started talking to Compass co-founder Garry West about the direction for their latest project.  With Garry in the producer’s chair and many good friends in the studio, Altan fused the traditional Irish music that they are known for, namely Donegal fiddling and Gaelic singing traditions, with American roots music, particularly that of the Appalachian bluegrass fiddle.

“Garry steered the band in the studio to open up musically while somehow managing to help us keep the integrity of Altan intact,” said Mairéad of Garry West’s production. Recording in Nashville for only the second time and the first time for a full album, the band was able to gather many of the roots musicians they’ve met over their thirty years together, including Tim O’Brien, Sam Bush, Jerry Douglas, Bryan Sutton, and Compass co-founder Alison Brown. “We’ve made lifelong friends through music. The circle has expanded over the years, and our new album celebrates those relationships. The band was totally overwhelmed by our friends’ endless variety of contributions.”

The list of guests on The Widening Gyre is as diverse as it is impressive. Mary Chapin Carpenter, a friend of the band since the ‘90s, lent her vocals to the song “White Birds” to create a lush, meditative reimagining of the W.B. Yeats poem about being a bird on the sea, an appropriate metaphor for a band who has musically and physically crossed the Altantic in the making of the album.

Eddi Reader, “an amazing singer and very generous person,” says Mairéad, offers her angelic backing vocals to “Far Beyond Carrickfinn.” Altan has played concerts with Reader before and they were delighted to finally have the Glasgow native join them in the studio.

Altan borrowed the mournful waltz “No Ash Will Burn” from the legendary Nashville songwriter Walt Aldridge. Mairéad’s crystalline vocals unlock the Celtic undertones of the song while standing in stark contrast to the plaintive baritone of Bruce Molsky, a long time friend of the band and well-known old-time fiddler and singer.

Mairéad gushes about Anger: “His unique approach gives a different color to the music which opens up amazing possibilities with Irish traditional music. He is a true artist with that fiddle!” She also declares Duncan to be, “a fiddler’s fiddler! He can create so many different sounds and variations on that instrument. The band was mesmerized listening to his playing.”

O’Brien duets on “The House Carpenter (Gypsy Davy),” a track which spotlights the shared musical roots of Irish and Appalachian music with references to both of these historical songs. O’Brien is best known for his work with Hot Rize, but like many dedicated bluegrass musicians, has shown a deep interest in Celtic music.

The Widening Gyre straddles time as it manages to remind listeners of the ancient bond between Irish and Appalachian music while at the same time breaking new ground through collaborations between masters of American roots music and Celtic music.

“The title The Widening Gyre appeals to us and depicts the spiral of life, widening and embracing the new. It has an innate energy. We think that idea is reflected in the album’s music,” says Mairéad.

The Widening Gyre is a compelling development in Altan’s story provng that they are still growing as artists, even after so many years together. 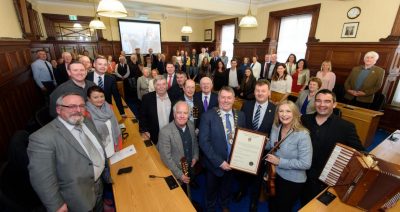 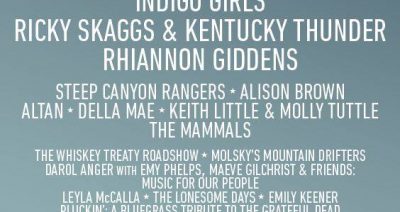 The Gap of Dreams