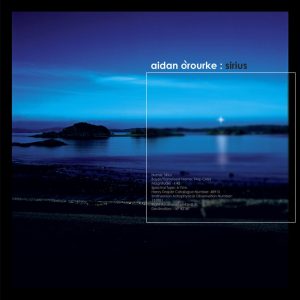 Aidan is a fiddle player and composer from the Oban on the West Coast of Scotland. He has toured extensively in Europe and North America from the age of 15 and has made his name as one of Scotland’s most expressive and dynamic musicians. Aidan is much sought after as a session musician, having performed on over 60 albums, ranging from projects by Runrig to Michael McGoldrick and Karen Matheson. As a composer his tunes have been performed and recorded by Flook and Wolfstone among many others. Sirius is Aidan’s first solo album and has evolved from a commission by the Celtic Connections festival in 2003. A vast piece of work, Sirius incorporates a wide variety of musical styles from ultra-traditional folk to jazz, roots and groove, all of which have had an influence on Aidan’s musical style and expression.