At a time when hope and forgiveness seem in short supply, roots singer-songwriter Amy Ray gives us all a shot in the arm with her ninth solo album, Holler, due September 28 from Daemon Records.

Still thriving as one half of GRAMMY-winning folk duo Indigo Girls, Ray has also produced a vital body of solo work over five studio albums and three live records (beginning with 2001’s Stag) that explores more deeply her roots in punk and classic country music.

2014’s Goodnight Tender delved into the rich sonic tradition of old-style country music-making that had long-captured Ray’s imagination, but never fully made it into her work—equal-parts Appalachian gospel and late-night honky tonk.

That song cycle navigated themes of darkness and heartbreak, calling to mind the words of Southern greats like Hank Williams and Eudora Welty. American Songwriter called it “beautifully well-done” and PopMatters called it “wise” and “vulnerable.”

But, while many of those reviews rightly focused on Ray’s ability to embody her songwriting, few focused on the impressive work of her backing musicians. Finding their spark on Goodnight Tender, Ray’s firecracker backing band has evolved into a tight unit over four years of on and off touring.

Critics are unlikely to miss them on Holler.

Led by shape-shifting multi-instrumentalist Jeff Fielder on guitars, dobro, bass, and mandolin; Ray’s band—Matt Smith on pedal steel, dobro, and guitar; Adrian Carter on fiddle and guitar; Kerry Brooks on upright bass and mandolin; Jim Brock on drums and percussion; Alison Brown on banjo, and Kofi Burbridge of Tedeschi Trucks Band on keys—has long since fused into a level of cohesion more typical of a family band.

With the group’s intuitive chops serving as a foundation, Ray, together with producer Brian Speiser, takes things further with Holler.

She was partially inspired by Jim Ford’s 1969 cult-classic country album Harlan County, “I had that in my mind, musically. I knew I wanted horns and strings to bump it up to that level, to get that swagger into it.”

The bulk of Holler was tracked live over an intensive nine-day period at Asheville, North Carolina’s Echo Mountain Recording studio. Ray turned once again to Goodnight Tender producer Brian Speiser, who has also worked with Indigo Girls and Tedeschi Trucks Band. Alongside Speiser behind the board was engineer,  (Tedeschi Trucks Band). Working mostly fourteen and eighteen-hour days with the band, a full string and horn section, and reels upon reels of analog tape, the team beautifully captured what is indisputably Ray’s most sonically ambitious solo record to date.

Indeed, all of her musical interests blend beautifully on Holler, from the emotionally gripping title track, which she finished writing during the week of recording in Asheville, to the punk frenzy and brass-section blast of “Sparrow’s Boogie,” and beyond.

Fans of Goodnight Tender will love Brown’s banjo on “Dadgum Down,” the pep talk to indie artists on “Tonight I’m Paying the Rent,” and the Elizabeth Cotten-influenced “Fine with the Dark.”

But Ray’s greatest skill has always been her knack for straddling the line between the personal and the political. Ray tackles Southern identity and racism in “Sure Feels Good Anyway,” and “Didn’t Know a Damn Thing,” while in “Bondsman (Evening in Missouri)” she paints a scene of poverty and hardship in the Ozark mountain region.

So does “Jesus Was a Walking Man.” Though she wrote it well before the crisis of family separations at the Southern U.S. border, the song bears a timely message for the listener: “Jesus would’ve let ‘em in.” To cap off the track, she called on the oratory prowess of former SNCC Freedom Singer Rutha Mae Harris, driving several hours to Albany, Georgia, just to capture Harris’s voice, field recording-style.

Indeed, it’s that kind of artistic commitment that has made Ray’s career so full of unforgettable songs, and Holler feels like a culmination. We can only hope for more. 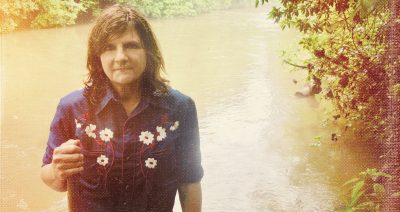 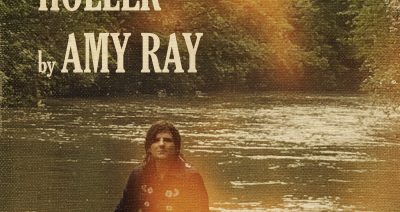