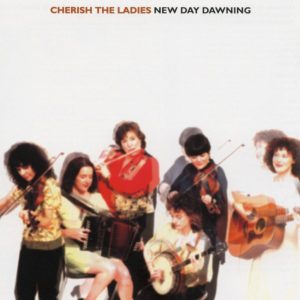 When describing Cherish the Ladies – the critics say it best…“It is simply impossible to imagine an audience that wouldn’t enjoy what they do”, the Boston Globe, “An astonishing array of virtuosity”, the Washington Post, “Expands the annals of Irish music in America…the music is passionate, tender and rambunctious”, The New York Times – and for over two decades, Cherish the Ladies have proven themselves worthy to live up to these accolades and in doing so have become one of the most engaging ensembles in the history of Irish music.

They have grown from a one-time concert concept to an Irish traditional music sensation, literally the most successful and sought-after Irish-American group in Celtic music. Organized by folklorist/musician Mick Moloney and sponsored by the Ethnic Folk Arts Center and the National Endowment for the Arts, they began as a concert series featuring the brightest lights in Irish traditional music.

Taking their name from the name of a traditional Irish jig, the group initially won recognition as the first and only all-women traditional Irish band. In a relatively short time, they soon established themselves as musicians and performers without peer and have won many thousands of listeners and fans of their music. With their unique spectacular blend of virtuosi instrumental talents, beautiful vocals, captivating arrangements and stunning step dancing, this powerhouse group combines all the facets of Irish traditional culture and puts it forth in an immensely humorous and entertaining package.

The past years have seen the group traveling all over North and South America, the United Kingdom and Europe, Australia and New Zealand performing in the finest concert halls and international festivals. They are equally at home in front of a symphony orchestra, a performing arts center, a folk festival or even at the White House.

They have shared the stage with such noted entertainers as James Taylor, Joan Baez, Emmy Lou Harris, The Clancy Brothers, Tommy Makem, The Chieftains and dozens of symphony orchestras. The “Celtic Album”, their collaboration with the Boston Pops Symphony led to a 1999 Grammy nomination.

The Ladies have recorded eleven highly acclaimed albums. Their last two albums on Rounder records were released to rave reviews. “On Christmas Night” was chosen as one of the top Christmas Albums of the Year by The New York Times, Washington Post, The Village Voice and many other nationally syndicated Newspapers and their latest release, “Woman of the House” is heralded as their best album to date and hit Billboard Magazines’ top 10 world music Charts.

Cherish the Ladies have appeared on CBS This Morning, Good Morning America, Evening at Pops, C-Span, Imus in the Morning, PBS and National Public Radio in the United States and on BBC and RTE radio and television overseas. At the Summer Olympics in Atlanta, they were chosen to represent Irish music and culture at the Official Cultural Olympiad.