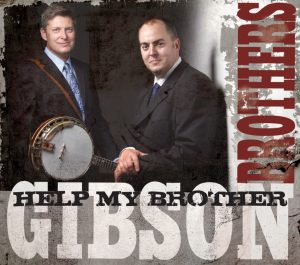 “They called it music, in the church house and the fields /

It was honest, it was simple, and it helped the hard times heal”

Last year, Eric and Leigh Gibson found that lyric, from the title track of their new record They Called It Music, to be truer than they could have realized.

2012 was a year of triumph for the Gibsons, who took home the Entertainer of the Year trophy, bluegrass music’s highest honor, at the International Bluegrass Music Awards. But it was also a time of tragedy due to the death of their father, the duo’s biggest supporter, who passed away before he saw his boys recognized on bluegrass music’s biggest stage. Kelley Gibson, the last in a line of family farmers who had tended soil and raised dairy cattle since the Civil War, was adamant that his two sons not follow in his footsteps; he knew all too well the backbreaking labor and financial instability such a career entailed, especially in a town like Ellenburg Depot in upstate New York, where the climate is temperamental and the land ill-suited for growing much beyond hay for the herds.

When it comes to sustainability and stability, a career in music isn’t the first that comes to mind. But Eric and Leigh, despite being geographically removed from the genre’s Appalachian roots, have made a name for themselves in bluegrass over the past two decades, playing over 80 shows and festivals a year and gradually building a deeply dedicated, nationwide fan base with their spellbinding harmony singing, which can reach the high lonesome notes of Bill and Charlie Monroe and capture the tenderness of pop/country crooners the Everly Brothers.

They Called It Music, the Gibson Brothers’ third release for roots label Compass Records and the follow-up to 2011’s IBMA Album of the Year, Help My Brother, is their best yet, incorporating their varied influences–which range from Roy Acuff to Tom Petty & The Heartbreakers–and delivering gorgeous acoustic music with the finesse that only comes from decades of experience. They’ve always had an uncanny ability to blend the classic and the modern, a tradition that continues on this album. “Home on the River,” a spiritual song that’s approximately a century old—and was recorded by the Delmore Brothers decades before the Gibsons were born–fits seamlessly among well-written originals and covers of songs by contemporary artists like Mark Knopfler (“Daddy’s Gone to Knoxville”) and Shawn Camp and Loretta Lynn (“Dying for Someone to Live For”). “There are so many different flavors on this record,” Leigh says. “Every song has its own personality.”

While both Leigh and Eric have written extensively for their previous albums, as they were working on material for They Called It Music, the latter found a renewed passion for writing. “In the past, I’ve waited for inspiration, but, to me, if you’re going to call yourself a songwriter, you need to find time to write songs,” he explains. The time Eric found wasn’t always deliberate—the poignant album closer “Songbird’s Song” was written during a losing battle with insomnia while on tour in Europe—but the work he put into his craft paid off: the six songs he wrote or co-wrote for They Called It Music, including the title track, display a sharp eye for detail and, in the case of “Something Comin’ to Me,” which was written with Leigh and Shawn Camp a month after Kelley Gibson’s passing, heartbreaking emotional rawness.

The dozen songs on They Called It Music were specifically chosen to highlight the brothers’ hallmark: their sublime harmonies. “That’s always been our calling card,” says Eric, “But we wanted to accentuate it on this record.” “Home on the River” features close harmony singing throughout the entire song, and on rafter-rattlers like “Dusty Old World” and “Sundown and Sorrow,” the harmonies are so tight it’s hard to tell where one brother’s voice ends and the other’s begins.

The five-man band has honed their sound through hundreds of shows and thousands of miles. Mike Barber has played bass behind Eric’s banjo and Leigh‘s guitar for 20 years, so long that he’s affectionately nicknamed “the third Gibson Brother;” fiddler Clayton Campbell has been with them for eight, and the group’s newest member, Joe Walsh, recently celebrated his fourth anniversary as the band’s mandolin player. It’s a lineup that gets better with each performance, providing deft and tasteful backing for Leigh and Eric’s harmonies and occasionally tearing through a blistering bluegrass instrumental. They’re in sync onstage and in-studio – much of They Called It Music was recorded live at Compass Sound Studios in Nashville, capturing the exhilarating energy and impeccable musicianship that captivate the crowds who flock to their performances.

After a year of unimaginable highs and devastating lows, the Gibson Brothers continue to find strength in each other and in the harmonies they’ve honed since childhood. They’re a long way from the pastures of that Ellenburg Depot dairy farm, but They Called It Music sure feels like coming home. They Called It Music