During his years as lead singer and main songwriter of Toad the Wet Sprocket, Glen Phillips helped to create the band’s elegant folk/pop sound with honest, introspective lyrics that forged a close bond with their fans. When Toad went on hiatus, he launched a solo career with Abulum, and stayed busy collaborating with other artists on various projects including Mutual Admiration Society, with members of Nickel Creek and Remote Tree Children, an experimental outing with John Morgan Askew.

“Until recently, I’ve seldom allowed myself to stay in one place for very long,” Phillips says, explaining the genesis of his new album, THERE IS SO MUCH HERE. “I was lucky during the COVID lockdown to move in with my girlfriend, now fiancée, and to stay home for the longest stretch I’ve had since the birth of my daughter, 20 years ago. I began noticing the little things. After a life of travel and seeking out peak experiences, I began to appreciate the subtle beauty of sitting still.

“I’ve been playing a songwriting game with Texas folksinger Matt The Electrician, for about ten years. Every Friday, he sends out a title. We have a week to write a song that includes it. The process allows me to write songs I wouldn’t write on my own. When my friend John [Morgan Askew] asked me to come up to his studio and make music, I said, ‘Yes!’ I collected a bunch of the new songs and headed up to Bocce Studios, in Vancouver, WA. John invited drummer Ji Tanzer and bass player – / – multi-instrumentalist Dave Depper along. When we started playing, I wasn’t sure we were making an album, but as the process unfolded, the songs began to make sense to me.

Phillips’ previous solo record, SWALLOWED BY THE NEW, was about grief, a post-divorce outing while THERE IS SO MUCH HERE finds Phillips writing love songs again focusing on gratitude, beauty and staying present. “With this batch of songs, I was suddenly hopeful again, knowing you can never know what the outcome of any action, or inaction, is going to be. There’s no pure happy ending – the world is a mess, the future is uncertain – but I find found truth in the poet Mary Oliver’s words: ‘Attention is the beginning of devotion.’ I was suddenly in a state of being that wasn’t about my loss. I woke up and things felt doable again.”

The 11 tracks on the album move between quiet love songs and outright rockers that consider the multi-faceted meanings hidden in our everyday lives. “Stone Throat” is a midtempo rocker that looks at a couple in a new relationship, trying to find the balance between desire and responsibility, or as Phillips sings, “trying to find the balance, between the sacred and the street.” There’s a hint of new wave ska in the rhythm of “I Was a Riot,” a song that casts a compassionate eye on the end of a relationship. “The arrangement nods to Joe Jackson’s Look Sharp,” Phillips says. “Graham Mabey is one of the greatest bass players of all time, so we had him in mind when laying down the bass part.”

The COVID lockdown-inspired “The Sound of Drinking,” is an appreciation of the familiar things in life, like drinking a glass of water on your back porch. Phillips plays soft acoustic guitar and sighs a lyric of gratitude for simple pleasures.

“Call The Moondust” is the most metaphysical song in the set. There’s a dash of secular gospel in Depper’s piano, and ambient effects that suggest the vastness of the cosmos. Phillips delivers an emotional performance over a tense arrangement that hints at the wonders of the universe. “The beauty of life is in its mystery,” Phillips states. “If we think we have an answer, we’re deluding ourselves. Everything in creation produces a vibration. The universe itself is a song. The subset of human songwriting is a tiny portion of all the harmony in the universe.

“As I sat still during the lockdown, I realized how much is always here – in the space around me, in the sensations of my body, in the sounds and smells and tastes and thoughts that emerge and drift away. It’s not a novel concept, but it is a novel experience when you’ve spent your life running from one thing to another.”

Ultimately, as Phillips reflects on the album, he shares: “This is an album about showing up for what is and letting it be enough.” 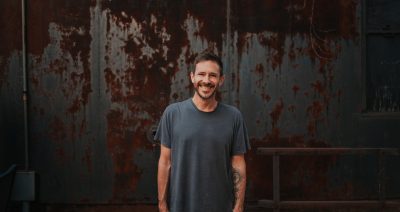 Glen Phillips to SPIN - Five Albums I Can't Live Without 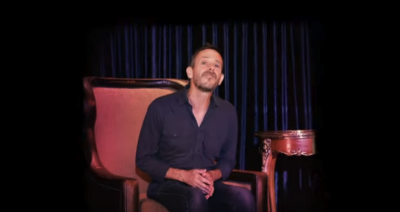 Glen Phillips Shares Music Video For "I Was A Riot" 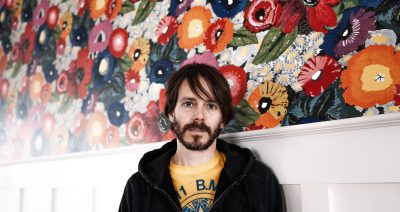 There Is So Much Here Swallowed By The New (Deluxe Edition) There Is So Much Here CD + T-Shirt Bundle There Is So Much Here LP + T-Shirt Bundle