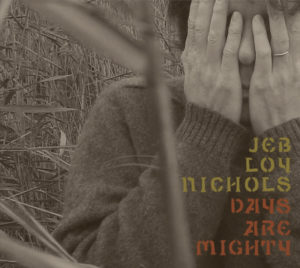 Talking to Jeb Loy Nichols about his life is like watching a road movie. The restless pursuit of an unnamed goal, the constant search for something just out of reach. “It’s true”, he says, walking through the fields of his Welsh farm, “I’ve done some moving.” It’s all there in his music. The country, bluegrass, and pop of his early years, the rebel music of punk and reggae, the deep grooves of the south. “It’s all a road”, Nichols says, “one connecting to the other, all of them intersecting and crossing over.”

Born in Wyoming and raised in Missouri, Nichols absorbed the sounds of both rural America and the records played around his house. “We got it all”, he says, “my mom played jazz records, Don Shirley and Ella Fitzgerald, while my dad played bluegrass and Hank Williams.” But it was from the radio that Jeb received his most lasting education. Through the day and late into the night Jeb would listen and take to heart the disparate sounds of the airwaves. “The main station I listened to was out of Kansas City and played country music all day, then at nine o-clock at night they’d switch and become a soul station. It was magic, all this great music; Bobby Womack, Al Green, Curtis Mayfield, The Staples Singers, all of it right there, in my bedroom, for free.”

When Jeb was fourteen the family moved to Austin, Texas. “The best thing I learned in Austin”, Jeb says, “was how great live music could be. I saw everything from Funkadelic to Bob Marley to George Jones to The Ramones.” It was in Austin that he first heard, and was knocked out by, The Sex Pistols. “That was all new, the sound, the fury, the politics, all of it.” And it led straight to the road again, this time to New York. “I was seventeen”, recalls Jeb, “and New York was like nothing I’d ever seen. I’d always felt like an outsider and then there I was, in a town of outsiders. I thought I’d died and gone to heaven.” In New York he was awarded a full scholarship to study painting at Parsons School of Design. He also started hanging out at clubs like Tier 3, The Loft and the Mudd Club where he became friends with members of the Slits and Neneh Cherry. “It was a great time to be in New York, the whole scene was so wide open.” It was the emerging hip hop scene that was most fascinating for him. “It was 1979 – and nothing in the world was more exciting than rap. The Treacherous Three, Funky Four Plus One, Grandmaster Flash – that stuff was so great! And then you had DJs like Larry Levan, it was fantastic.”

After three years in New York, Jeb hit the road again, this time to London. He shared a house with Ari Up from the Slits, Neneh Cherry and producer Adrian Sherwood, and, as he had in NYC, dove into London’s artistic community. “I formed a country band with Joe Brack and we played every kind of show you can think of. We did some bluegrass, some country, a lot of old protest songs.” In 1990 a tape of songs ended up at OKra Records, a small label in Columbus, Ohio. OKra offered Jeb a deal, and Jeb put together a band that included his wife Loraine Morley, On-U Sound man Martin Harrison, and jazz trombonist John Harbourne. The Fellow Travellers merged country-tinged, acoustic-based songs with a dub bottom. “It was fun”, says Jeb “it just worked. We all played what we wanted and stayed out of each others way, and it sounded great. I’ve never had more fun.” The Fellow Travellers released three more albums and were described in Spin as “the lonesome children of Merle, Marley and Marx”.

In 2000, after releasing three solo records, Jeb Loy and Loraine Morley moved to Wales where they’re slowly reclaiming ten acres of neglected scrub land, renovating a barn and putting in a large garden. “I’m sure I’ll move again”, he says, “but not just yet. This feels good, feels like something close to home.” 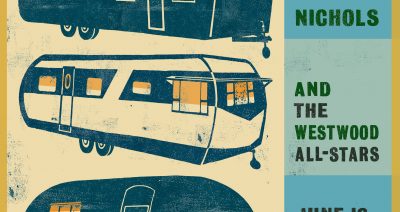 June is Short, July is Long