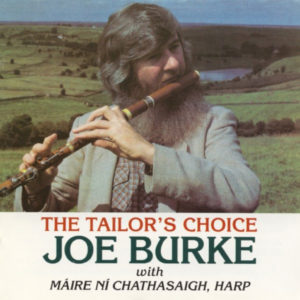 From his first public performance in 1955 and his first albums (released on 78rpm, the last 78’s to be released in Europe!) to current recordings and tours, Burke has held a special place in the rolls of Irish traditional musicians. Known for his stylish use of triplets and rolls, he was been the recipient of awards such as the AIB Traditional Musician of the Year Award 1997and Gradam An Chomhaltais 2003.

A well-loved and respected teacher, Burke has offered his expertise to students from Co. Leitrim, Ireland to Paris, France, Dallas, Texas and various logging and fishing towns in Alaska.