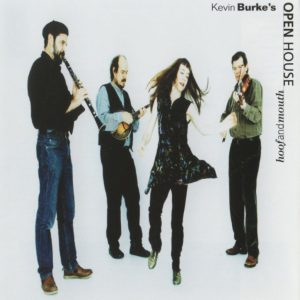 Kevin Burke is known for being one of the most lyrical fiddle players in Celtic music. He was a founding member of seminal groups such as The Bothy Band, Patrick Street, and Celtic Fiddle Festival and is prized as a solo and duet player.

In 1992, Burke assembled his band, Open House. Made up of Burke, Paul Kotaphish. Mark Graham, and Sandy Silva, Open House developed organically out of jam sessions between Burke, Kotapish and Graham. Silva was invited to join and the new group focused on mixing traditional music from multiple cultures.

Open House stayed together for some years, made three recordings and disbanded in 1999.