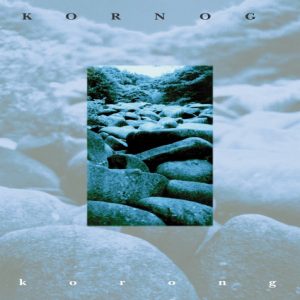 In the northwest of France lies the province of Brittany, where a unique Celtic culture has flourished for centuries. Kornog merged traditional Breton tunes with the Scottish vocal repertoire, creating an exciting new acoustic music. The quartet’s complex arrangements result in a style quite unlike any other, at once graceful and thrilling, ancient and contemporary.

Their unique sound, created by a focused unison of flute and fiddle, a complex bouzouki and guitar rhythm section, and complex arrangements, was ideal for the Western Europe concert circuit. When Kornog toured the United States for the first time, they had such an enthusiastic public response that they recorded a live album in Minneapolis, Premiere, released on Green Linnet.

In 1986, Soïg Siberil left the band, and guitarist Gilles Le Bigot joined in order to record the album Kornog IV. After a Yugoslav tour and a stint with the Irish traditional powerhouse the Chieftains, Kornog disbanded. Veillon and Le Bigot founded Barzaz, Lemaître joined Storvan and then the Celtic Fiddle Festival, and McMenemy took a nine-year break before guesting in several recordings throughout the 90s.

Then, in 1999, Kornog reformed with the addition of guitarist Nicolas Quemener. After the reformation, they toured the United States and recorded Korong, 2000.