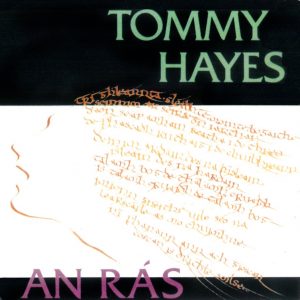 Well-known as one of the greatest bodhran players of all time, Tommy Hayes has been at the forefront of traditional Irish music for over 30 years. In a career that has exemplified diversity he has performed and recorded with most of the great names in traditional music and beyond. Tommy has been a member of a number of ground-breaking groups during his career, including Stockton’s Wing, Puck Fair (with Brian Dunning and Mícheál Ó Domhnaill), Altan, Liam O Flynn and the Pipers Call Band and the Eileen Ivers Band. He was the original percussionist for Riverdance and has performed on more than 400 albums. In the world of film Tommy has played on numerous films amongst them Titanic, The Devils Own, Rob Roy, In the Name of the Father and The Field.